Home / About Us / Funding Agencies

The SCAT project is funded primarily by, EuropeAid, the co-operation office of the European Commission.

According to the EC 2005 Annual Report (scroll down for a link to the full report), the EU provides 55% of the world's official development assistance and two thirds of grant aid, amounting to €34.3 billion in 2004. One fifth of this, €7 billion, was managed by the European Commission. This assistance went to more than 160 countries, territories or organisations around the globe and focused on the global challenges of the 21st century: promoting democracy and security, social equity, economic prosperity, environmental sustainability.

The main areas of action of EuropeAid are the following:

In the global efforts to promote peace and stability, foster world trade, and fight poverty, how does a project aimed at knowledge transfer in scientific computing play a role?

What is the role of Computational Science? 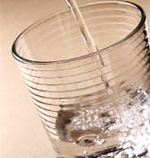 Over one billion people
do not have safe water

There are a number of scientific problems where simulation is a key factor and parallel computing is an enabling technology. But for the sake of argument, let's take one particular example, one of the SCAT science topics: Microfluidics. This is a very young discipline that looks at fluid flow in very small devices, in the order of one millionth of a centimeter. Example devices include micro-reactors and "lab-on-a-chip" bio-chemical sensors. Such technological developments can and will have an impact on water (quality), food (testing), security (detection), health (point-of-care), education (training), and wealth.

The SCAT project for Scientific Computing Advanced Training aims to consolidate a partnership between higher education institutions in Europe and Latin America, and to provoke knowledge transfer in the use of simulation for scientific discovery and engineering design. Thus, the development impacts stem from two types of results:

Every year, the European Commission provides over 7 billion euro in external assistance to more than 150 countries and territories. The purpose? To meet the daily challenge of improving lives worldwide. How? Building long-term partnerships.

Full version of the Annual Report 2005 on the European Community's Development Policy and the implementation of external assistance in 2004.

ALFA is an acronym for "América Latina — Formación Académica", in Spanish. It is a programme of co-operation between higher education institutions of the European Union and Latin America. The goal of ALFA is:

The ALFA Programme is divided in two sub-programmes, both financing projects that promote knowledge-transfer in relevant scientific and administrative academic domains. Sub-programme A is focused in Academic and Institutional Management. Sub-programme B is for Scientific and Technical Training, and is the strand which finances the SCAT project.

The ALFA Programme is a co-financing scheme, where the EC contributes a maximum of 75% of the overall project budget.

Thus, in addition to the European Commission, the SCAT project receives the funding of the network partners themselves. We have a committment of 25% co-financing, which we satisfy by partially paying for trips, scholarships, conference costs and other expenses. We truly believe in the mutual benefits of international collaborations, and our institutions support us.

Watch this space for sponsorship announcements.